Get To Know Dr. Jon Kirlough

If you ask Dr. Kirlough what his favorite part of being a dentist is, he’ll just say one word: “People!” Nothing makes him happier than to get to know his patients and help them improve their health and boost their confidence at the same time. Before he gets to know you and your family, however, you can learn a little more about Dr. Kirlough by reading on below.

Why did you want to become a dentist?

Dr. Kirlough wishes he had some kind of story where he wanted to be a dentist ever since he was young…but he doesn’t! He actually didn’t even like his dentist as a kid. He was always good at science classes and actually started as a pre-med student in college, getting a bachelor’s degree in nursing. His brother was actually in dental school, and he convinced Dr. Kirlough to come see what it was like. He did, and almost 20 years later, here we are!

Where did you study dentistry?

Dr. Kirlough graduated from The Ohio State University College of Dentistry in 2000, and shortly after, he completed an Advanced Education in General Dentistry Fellowship at the Naval Dental Center on Parris Island. He served as a dental officer in the Navy for 3 years and earned a Meritorious Unit Commendation and a Navy Achievement Medal in the process. He resigned his commission in 2006 as a Lieutenant Commander. Since going into private practice, he has accumulated over 500 hours of continuing education that have covered many of the newest techniques and technologies in dentistry.

What do you do outside of dentistry? 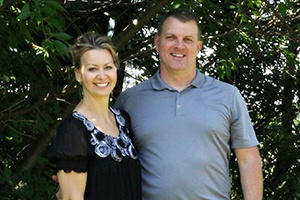 Dr. Kirlough is married and has four children, a son, and three daughters. Most of his time away from the office is spent homeschooling, and as he puts it, “Homeschooling is a lifestyle!” He’s also an avid reader and loves to go skiing in the winter with his family.